What the EFL Means to Me 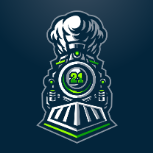 By LittleRiDog,
January 14 in Articles