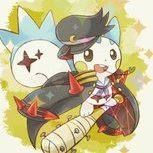 Day 2 Results   The day starts quiet, and stays quiet for quite awhile. Some votes are thrown around and enough of them land on @jhatty8 that he is escorted to the gallows. He says nothing,

Day 3 Results   The Town gets a bit more vocal today and throws accusations around. In the end, the most fingers are pointed towards @GoodLeftUndone. He scoffs. "How can I NOT be the Transpo